Well I decided I had to get myself a couple of presents, no reason other than I saw them and wanted them lol, no I ‘needed’ them haha, well my dolls house dolls wanted then and they forced my hand really... honest!  Anyhoo, I wanted a wicker chair and although I had toyed with the idea of making one myself, I haven’t done that much weaving and I thought about all the trial and error bit and all the time taken up making mistakes trying to perfect it etc and then I came across something... it was the very chair, in the exact shape that I had envisaged in my head... I had to have it!! Better than that, suddenly the artist, Wendy tells me she is going to throw in a couple of extra free gifts... WOW! This is getting better and better.  The chair arrived a short time later and I was so pleased with it, it was far better than I could have ever made, it was truly beautiful and I LOVE it sooooo much!  Here is a picture.

Next, I saw something else I really, really wanted, well I had been looking, better still I had found some but just couldn’t find any that were actually for sale.  I got my better half on the case and between us, well not so much us as I have to admit defeat here lol, but my other half came up with the goods and not just one but several different types, all end of line things and seemingly very difficult to get hold of.  Anyway I bought three and here is a picture of one of them... 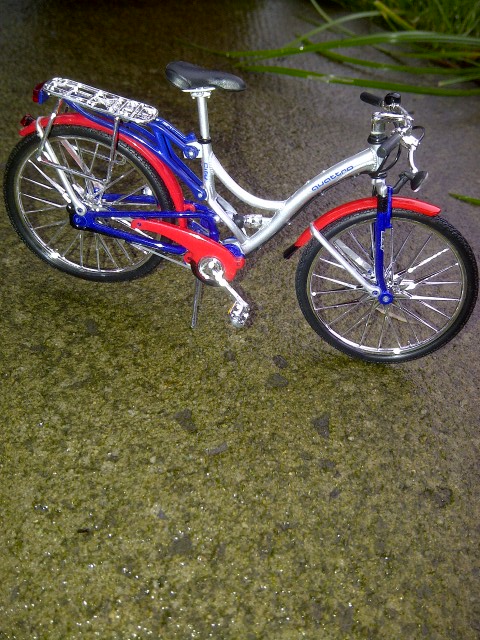 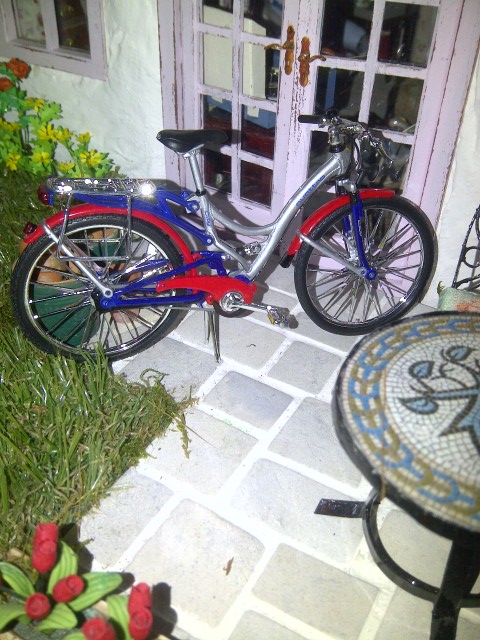 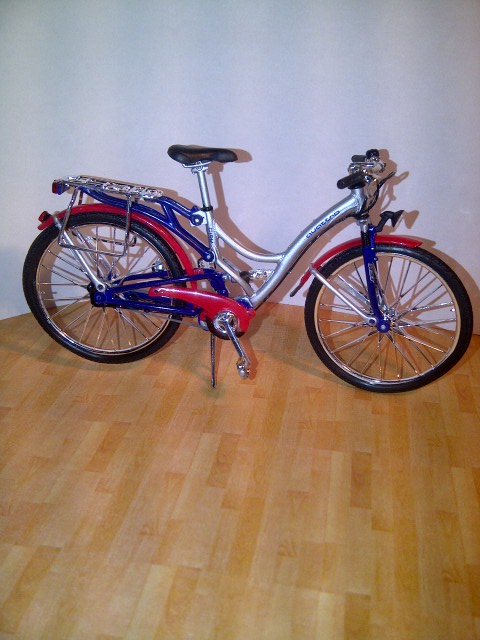 Yes it’s a little 1/12th scale bike with LOADS of details.  Love it!! Anyway I’m a happy bunny today because it’s always nice to get minis that you haven’t had to slave over, rather like when someone else cooks dinner and it tastes better I guess.
Right back to it, just completing my second pushchair then I’ll pop up more pix.
Big mini hugs
Gill xx
Posted by Gill @ TeenyTinyThings at 05:43 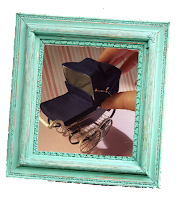 Hello there, it’s so nice to meet you welcome to my mini blog I hope you enjoy it. Be sure to check out the other tabs and take a look at my cottage, caravan and past creations. If you'd like to ask me a question you can email me at enquiries@teenytinythings.co.uk I love to know what you think so please leave a comment :) and don't forget to follow me so you can keep up to date with my mini creations. Enjoy! 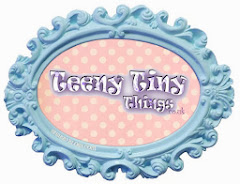